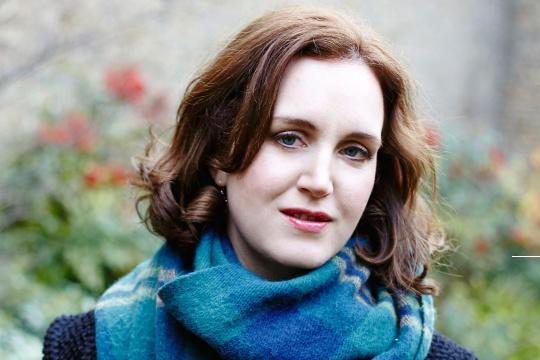 Chester Music composer Helen Grime has been appointed Wigmore Hall Composer in Residence for the 2016/17 and 17/18 seasons. Grime will compose three new pieces as part of the residency, beginning with a piano concerto for Huw Watkins and Birmingham Contemporary Music Group, and will also contribute to the hall’s Community and Education programme. The first event of the residency will take place on October 15 with a day of concerts devoted to the composer’s music and figures that have influenced her work.

I am thrilled about my role as Composer in Residence at Wigmore Hall. For the last 10 years, the range of contemporary music the hall has commissioned and programmed is breathtaking, and I'm looking forward to starting this exciting new relationship.

Over recent years Helen Grime’s music has been performed increasingly widely by leading ensembles in the UK, Europe and USA. Between 2011 and 2015 she was Associate Composer at the Hallé Orchestra, resulting in a series of new compositions and a portrait disc of her music released by NMC Recordings which was shortlisted in the Contemporary category of the 2015 Gramophone Awards. Future performances include the US Premiere of A Cold Spring by the New World Symphony conducted by Stefan Asbury and the World Premiere of a violin concerto for Malin Broman.

This appointment is the latest development in a relationship that has seen the Wigmore Hall present the UK premiere of Grime’s Oboe Quartet in 2013 and, in 2015, the World Premiere of her string trio Aviary Sketches (after Joseph Cornell), a Wigmore Hall co-commission with the Chamber Music Society of Lincoln Center.