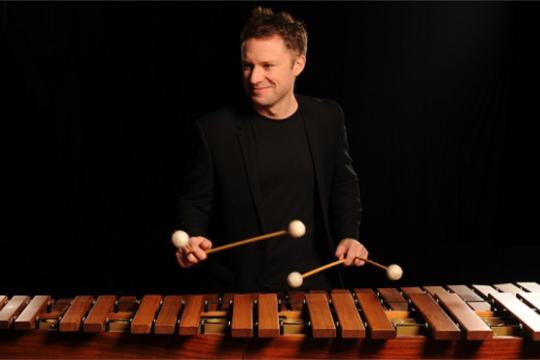 Colin Currie will premiere a new Percussion Concerto by Helen Grime with the London Philharmonic Orchestra conducted by Marin Alsop at the Royal Festival Hall on January 16 as part of Southbank Centre's SoundState festival.
Following its first performance, Currie will present the US Premiere performances with Baltimore Symphony Orchestra and Marin Alsop on January 31, February 1 and 2. The concerto has been co-commissioned by Southbank Centre, London, Baltimore Symphony Orchestra and the Swedish Chamber Orchestra, who will perform the piece in their 19/20 season.
The 20-minute work, Grime’s first for solo percussion, is the result of several years of close collaboration between composer and soloist. Once again, the visual arts provided Grime with the stimulus for the new piece, which is formed of three interlinked movements. She writes:

‘When I was first sketching material for this piece, I was inspired by a book I found about the angels in Paul Klee’s work. Sometimes these are in larger works or are sketches or smaller drawings and paintings. This suggested the structure of the piece and sections, as well as suggesting certain ideas, lines and rhythmic gestures that for the basis of the work’s material. There is no narrative as such, but I hope that the piece is direct and clear to follow. The piece is continuous, but in a nutshell: A lively first movement leads to a brooding second section with a very rapid final movement.’