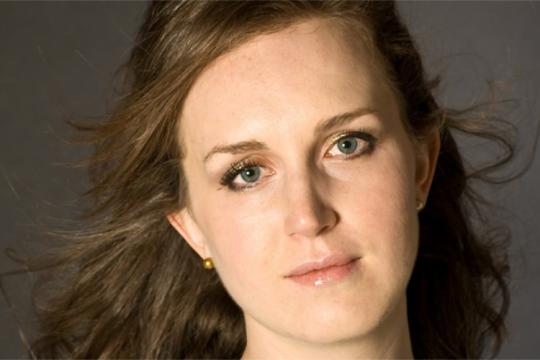 Woven Space by Helen Grime has won the prize for Large-scale New Work at the third Scottish Awards for New Music hosted by New Music Scotland. The announcement was made at a ceremony in Glasgow on May 13. Grime’s piece was selected from a shortlist which also included works by David Fennessy and Ailie Robertson.

Woven Space was commissioned by the Barbican for Sir Simon Rattle’s inaugural season as Music Director of the London Symphony Orchestra and was premiered in two parts. The opening movement, Fanfares, launched the orchestra’s 17/18 season, while the complete work was heard for the first time in April 2018. The 22-minute piece was inspired by the remarkable willow sculptures of British artist Laura Ellen Bacon and, in particular, a 2009 artwork created in the grounds of Chatsworth House, from which Grime’s work takes its name.

Following its premiere performances at the Barbican, the LSO has subsequently performed the piece in Frankfurt, Tokyo and Yokohama and has recently released a recording on its own LSO Live label.

Grime, who was raised in north east Scotland and Edinburgh, has recently completed a new orchestral work, Limina, which will be premiered at this year’s Tanglewood Summer Music Festival and by the Boston Symphony Orchestra in February 2020. This is not the first time that the composer has enjoyed success at the Scottish Awards for New Music - in 2017 her Two Eardley Pictures, Catterline in Winter and Snow, also won the prize for Large Scale Composition.