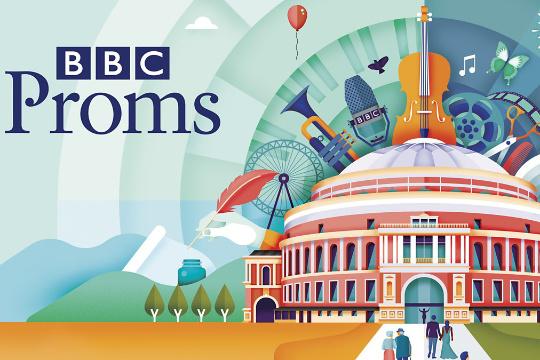 The 2016 BBC Proms have begun and several works by Music Sales composers are still to feature as part of the world's largest classical music festival in the weeks ahead.

The BBC and National Youth Orchestra of Scotland have commissioned Helen Grime to compose a pair of orchestral works which will be premiered over the course of a weekend. The two pieces draw their inspiration from pictures by the artist Joan Eardley (1921-63) who is noted for her landscape paintings of north-east Scotland. The first, Two Eardley Pictures: I. Catterline in Winter will be performed by the BBC Scottish Symphony Orchestra conducted by Thomas Dausgaard on August 5. Ilan Volkov will conduct the National Youth Orchestra of Scotland in the premiere of Two Eardley Pictures: II. Snow on August 7. The pieces will then receive their Scottish premieres in Glasgow as part of the BBCSSO’s 2016/17 season on September 22 and December 10.


A number of the UK’s finest orchestras and ensembles are celebrating the centenary of the birth of Henri Dutilleux. It began with a lunchtime concert at Cadogan Hall on July 18 with the Vertavo String Quartet performing Ainsi La Nuit. Further concerts containing works by the French composer which are published by Leduc will take place on August 9 and 10. On August 9, the BBC Philharmonic will perform his cello concerto Tout un monde lointain with the German-Canadian cellist Johannes Moser. On August 10 Sakari Oramo and the BBC Symphony Orchestra will open Prom 34 with Timbres, Espace, Mouvement.

This year the Proms also pay tribute to William Shakespeare in a number of concerts throughout the festival. Keith Lockhart and the BBC Symphony Orchestra will present a programme of compositions inspired by The Bard’s work to mark the 400th anniversary of his death. Joby Talbot’s Springtime Dance from The Winter’s Tale, which features as part of The Royal Ballet’s season this year at Covent Garden, forms part of a programme including William Walton, Gerald Finzi and Leonard Bernstein on August 18. Following on from their well-received Shakespeare-themed concert at Wigmore Hall earlier this year, Renaissance and Baroque music specialists Stile Antico will perform Gentle Sleep by Nico Muhly on August 15.


Let me tell you, the RPS and Grawemeyer Award-winning work for soprano and orchestra by Hans Abrahamsen will receive its London premiere on August 27, performed by the City of Birmingham Symphony Orchestra under the baton of their new principal conductor, Mirga Gražinytė-Tyla. In the work, Ophelia tells her story in a first person narrative devised by Paul Griffiths, using only the 481-word vocabulary given to her in Shakespeare‘s Hamlet