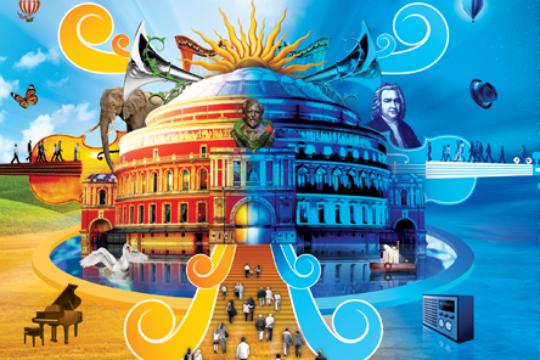 The programme for the BBC Proms 2015 was announced on April 23 and a number of works by Music Sales composers, both old and new, will be performed in the festival. Running from July 17 to September 12, the BBC Proms feature a wide range of works from a long list of composers including new commissions as well as established and well known works for a variety of genres.

On July 22 An Epithalamion, Or Marriage Song, a new work by Hugh Wood commissioned for the Proms, will be premiered. The work is for choir and orchestra and will be performed by the BBC Symphony Orchestra and Chorus under the baton of Andrew Davis. The work sets a text by John Donne which is as a marriage song dedicated to Lady Elizabeth and Count Palatine. You can find more information about this concert here.

Thierry Fischer will conduct A Cold Spring by Helen Grime at Cadogan Hall on August 29. This will be within a programme of works by Boulez, for the Proms' celebration of his 90th birthday, and also the UK premiere of Christian Mason's Open to Infinity: A Grain of Sand. This work for chamber orchestra will be played by the London Sinfonietta. More details for this event can be found here.

Concert-goers will have the opportunity to hear the works of American composer Samuel Barber on two separate occasions. Barber's Second Essay for Orchestra will be performed on August 23 by the Boston Symphony Orchestra, conducted by Andris Nelsons. More details for this event can be found here. The String Quartet can be heard performed by Emerson String Quartet on August 31. If you want to know more about this performance, see here.

Lovers of the work of Betsy Jolas will be able to hear Ulrich Heinen perform her Wanderlied for cello alongside the Birmingham Contemporary Music Group. Read more here.

Details for the rest of the BBC Proms 2015 can be found on their website with details relating to booking tickets available here. Tickets become available on May 16 and can be bought via the Royal Albert Hall's website.