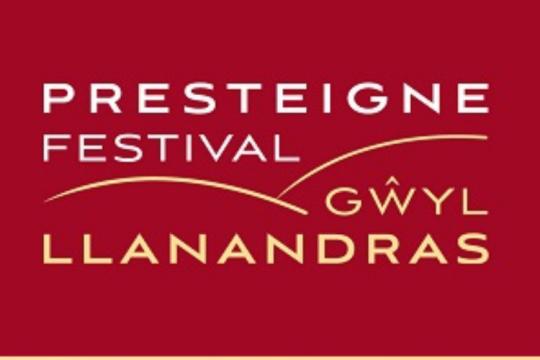 The Presteigne Festival announced its 2017 season this week. Set on the Powys/Herefordshire border, the festival has gained reputation for delivering a broad range of contemporary music, especially British music. This year a fantastic selection of works published by Music Sales feature as well as two world premieres from Composer-in-Residence, Edward Gregson.
Opening the festival, Young Welsh mezzo-soprano Rebecca Afonwy-Jones joins the Berkeley Ensemble to perform The Consolations of Scholarship by Judith Weir in the first evening concert on August 24. ‘The Consolations’ is a setting of Weir’s own libretto, based closely on the Yuan dramas The Orphan of Chao by Chi Chun-hsiang and the anonymous A Stratagem of Interlocking Rings. Also included in the programme is Sextet for Piano and Wind Instruments by Francis Poulenc and other works by Peter Maxwell Davies and Michael Berkeley. The festival’s Artistic Director George Vass conducts.
The first of seven works by Gregson, Six Little Piano Pieces, will feature in an afternoon piano recital given by Tim Horton at St. Andrew’s Cathedral in Presteigne on August 25. Later that evening, Gregson’s energetic Goddess for string orchestra will be performed by the Presteigne Festival Orchestra.

March Sonatina by John McCabe and Fantasie, Danse, Cérémonie by Helen Grime both feature in the Saturday morning recital given by Katherine Baker (flute) and Suzy Willison-Kawalec (harp), whilst works by Lennox Berkeley (Sonatina), Richard Rodney Bennett (Five Impromptus) and Bent Sørensen (Melancholy Dances) appear in a recital at St Michael’s Church, given by guitarist Laura Snowden. In the evening of August 26, the Nightingale Quartet give the premiere performance of Gregson’s String Quartet No 2, a commission from the festival, which will be paired with String Quartet No 6 by Rued Langgaard.

On August 27, the quartet also tackle String Quartet No 3 by Vagn Holmboe along with works by Beethoven and Matthews in nearby Bleddfa. Cellist Gemma Rosefield performs Sonata for Solo Cello by Hans Abrahamsen and Divisions on a Ground by John Joubert. A Letter of Rights by Tarik O'Regan, which was commissioned in 2015 by Salisbury Cathedral to mark the 800th anniversary of Magna Carta, closes the second orchestral concert by the Presteigne Festival Orchestra; they will be joined by Sine Nomine International Touring Choir. On August 28, the choir perform in their own concert at St Mary’s in Pembridge, featuring Joubert’s Three Carols and There is no rose as well as Three Motets by Carl Nielsen.

At 2pm Rebecca Afonwy-Jones returns to perform the second of the Gregson world premieres with Timothy End and violist Rachel Roberts. Five Songs of Innocence and Experience sets poems by Robert Kent, Siegfried Sassoon and C Day Lewis. The new version of this cycle brings together new works and unpublished juvenilia (the premise from which the piece takes its title). It is programmed alongside Grime (Nobody Comes), Manuel de Falla (Siete canciones populares espanolas) and Nielsen (Songs and Verses). Following that, concert-goers can join David Wordsworth in conversation with Gregson as he discusses his life, music and influences at the Assembly Rooms, 4pm. Further performances of Gregson (Serenata Notturna) and McCabe (Sonata for cello and piano) feature in the Leonore Trio’s memorial concert for Mary Nolan at 7pm, St Andrews.


For the full festival listings and to book tickets visit presteignefestival.com
Click on the hyperlinks above to discover more about the composers and works on at the festival this summer. Looking forward to hearing these works live? We would love to hear from you: follow @msclassical on Twitter and Facebook.