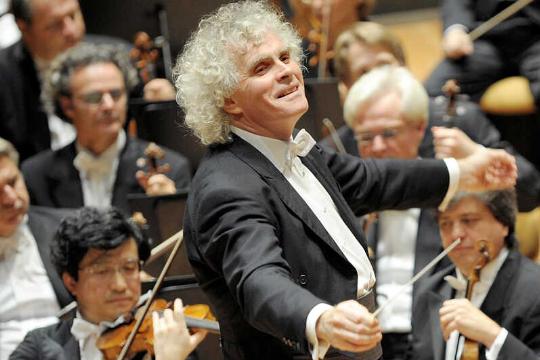 A newly-composed orchestral fanfare by Helen Grime will herald the arrival of the London Symphony Orchestra's new Music Director Sir Simon Rattle at the opening concert of its 17-18 season at the Barbican, London, on September 14.

Fanfares, a four-minute orchestral showpiece, is the first part of a larger work by the composer which will be performed in its entirety on April 19 and 26. The piece has been commissioned by the Barbican for Sir Simon Rattle and the London Symphpony Orchestra.

As part of the Barbican's This is Rattle series, the composer has curated a concert exploring her musical interests and inspirations to be performed by the Britten Sinfonia at Milton Court Concert Hall on September 20. The programme includes works by Purcell, Britten, Stravinsky and Knussen, as well as her own A Cold Spring and Into the faded air.

The concert on September 14 will be broadcast live on BBC Radio 3 and to mainland Europe, Canada, and Asia on Mezzo TV. In addition, the performance will be relayed live via a big screen to an audience in the Barbican Sculpture Court.