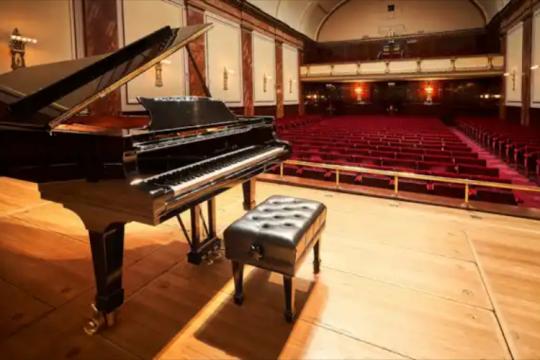 “Writing for musicians with whom you have a close working relationship is always an exciting experience,” says Helen Grime of her latest work, a Piano Concerto, which will be premiered this March. The piece will be performed by pianist Huw Watkins - the composer’s husband - and Birmingham Contemporary Music Group at the Wigmore Hall, London, on March 3 and in Birmingham on March 5. Oliver Knussen will conduct both performances. The piece has been co-commissioned by Wigmore Hall and BCMG and is Grime’s first commissioned work since she was appointed Wigmore Hall’s Composer in Residence for the 16/17 and 18/19 seasons.

Scored for solo piano and an ensemble of six instruments, Helen Grime describes the piece as a “mini-homage” to Elliott Carter and Pierre Boulez, two composers who strongly influenced Grime’s work and whose music is included in the programme. Also featured is Grime’s A Cold Spring, a work which was premiered by BCMG in 2009.

Grime’s orchestral Two Eardley Pictures, which were premiered at the 2016 BBC Proms, have been shortlisted in the inaugural Scottish Awards for New Music. The winners will be announced at a ceremony in Glasgow on March 8. Future performances include the premieres of a song cycle for Ruby Hughes and a new orchestral work for the London Symphony Orchestra conducted by Sir Simon Rattle in the 17/18 season.