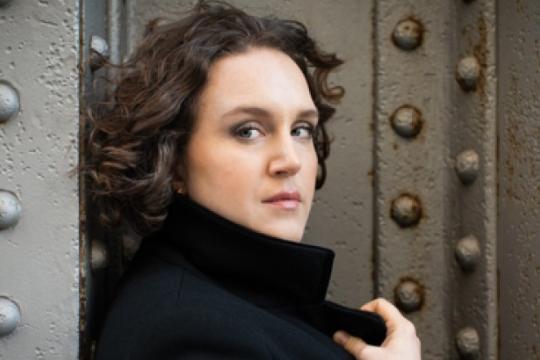 Chester Music is delighted to announce that it has just signed an exclusive publishing agreement with the composer Helen Grime.

Helen has been commissioned by some of the most established performers and organisations, including the English National Opera, London Symphony Orchestra, BCMG, Britten Sinfonia, BBC Scottish Symphony Orchestra and the Tanglewood Music Center. With conductors such as Daniel Harding, Oliver Knussen, Pierre Boulez and Yan Pascal Tortelier having already performed some of her works, she is definitely a name to look out for.

Chester Music is making available 14 current works by Helen, including Virga for orchestra (2007), A Cold Spring (2009) for Ensemble and Into the faded air for string sextet (2007). The first new piece will be Helen’s commission for the 75th Birthday of the BBC Scottish Symphony Orchestra which is a 10 minute work which will be premiered in Glasgow on December 2. Other forthcoming commissions include a work for the Santa Fe Chamber Music Festival in 2012.

James Rushton, Managing Director of Chester Music said:
‘It is rare to find in a composer as young, such a mature, confident and defined voice, as is the case with Helen Grime. We are delighted to be working with Helen and look forward to the future with much excitement.’

Born in 1981, Helen studied oboe with John Anderson and composition with Julian Anderson and Edwin Roxburgh at the Royal College of Music. She graduated from the BMus course with First Class Honours and completed her Masters with Distinction in 2004. From 2005-07, Helen was a Legal & General Junior Fellow at the RCM. In 2003 she won a British Composer Award for her Oboe Concerto, and was awarded the intercollegiate Theodore Holland Composition Prize in 2003 as well as all the major composition prizes in the RCM. In 2008 she was awarded a Leonard Bernstein Fellowship to study at the Tanglewood Music Center where she studied with John Harbison, Michael Gandolfi, Shulamit Ran and Augusta Read Thomas.