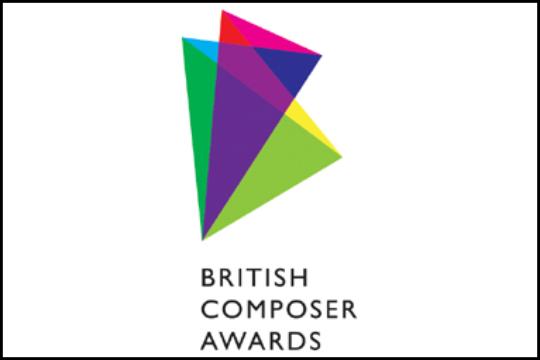 Music Sales Classical is delighted to announce that four composers from our catalogues have works shortlisted for the 2014 British Composer Awards: Helen Grime, John McCabe, Kaija Saariaho and Judith Weir.

Helen Grime has been shortlisted for her work Near Midnight in the ‘Orchestral’ category, along with John McCabe for his work Joybox.

Sonata after William Byrd's 'Haec Dies' for Trumpet and Piano by John McCabe and The Wild Reeds by Judith Weir are both included in the shortlist for ‘Instrumental Solo or Duo’.

For the complete Shortlist, see here.
The awards will take place at Goldsmiths’ Hall, London on December 2.

The British Composer Awards celebrate the music of today's composers living and working in the United Kingdom and also UK premieres of work by composers from outside the UK. Qualifying works must have been completed within the five years prior to 31 March 2014 and received a UK premiere performance - either live or broadcast - in the year leading up to 31 March 2014.

With the exception of the International Award, shortlisted composers must have been born in the UK or resident for at least 5 years. Each category is judged by a different jury, with members appointed by BASCA. This year there were 73 judges, 56 of whom were judging the Awards for the first time. The majority of these music professionals are composers working in collaboration with performers, conductors, promoters and festival directors.