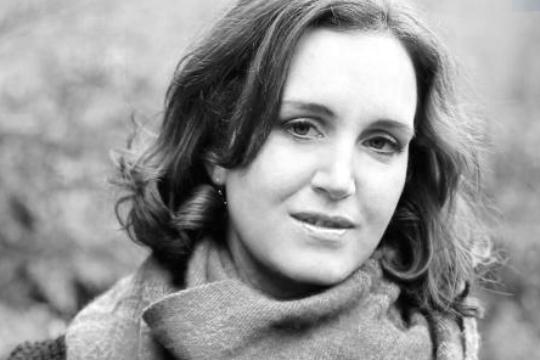 The Hallé Orchestra and the Wigmore Hall in association with The Chamber Music Society of Lincoln Center will be presenting brand new compositions by Chester Music composer, Helen Grime as part of their programmes in May.

Markus Stenz will conduct Grime’s new Double Concerto, for trumpet and clarinet on May 7 in Manchester’s Bridgewater Hall, which is her second commission for the Halle Orchestra in her position as Associate Composer. The following day members of The Chamber Music Society of Lincoln Center will give a recital presenting the Scottish composer’s string trio entitled Aviary Sketches (after Joseph Cornell) at Wigmore Hall, London.

Structured in five movements, Grime’s trio draws inspiration from the assemblage boxes of American artist and sculptor Joseph Cornell. Cornell’s fine crafted art boxes which are described by Grime to be ‘immediate and alluring but also rich in associations’. The five short movements (small and concentrated like the art from which are inspired) are distinct from one another by the arrangement and differing character of the voices of the three instruments from movement to movement. However, a melodic reference to Ravel’s Oiseaux Triste runs throughout the work, unifying it; a fitting theme that further strengthens its associations with Cornell’s ornithological artwork.

Helen Grime's works have been performed by many of the top UK orchestras such as the BBC Symphony Orchestra, the London Symphony Orchestra and the Britten Sinfonia, and a number of very successful performances have taken place in Sweden and France under Daniel Harding and Pierre Boulez. A disc of her chamber and orchestral music 'Night Songs' was released in 2014 on NMC Recordings and was 'Editors Choice' in Gramophone Magazine as well as being included in The Sunday Times Top 100 Albums of 2014.

To find out more about these two new works follow these links: Double concerto; Aviary Sketches (after Joseph Cornell).

To book tickets for either concert follow the link below the respective programme.

The Halle Orchestra | May 7 2015 | The Bridgewater Hall, Manchester

*Co-commissioned by The Chamber Music Society of Lincoln Center, and by Wigmore Hall with the support of André Hoffmann, President of the Fondation Hoffmann, a Swiss grant making foundation.